On the 16th December, TOAM in collaboration with the Sokoine University of Agriculture (SUA) will be holding the National Seed Symposium at the SUA campus. The important event will be used to share the findings of studies carried out as part of Seeds of Freedom, a seed rights project funded by the Rosa Luxemburg Stiftung (RLS). 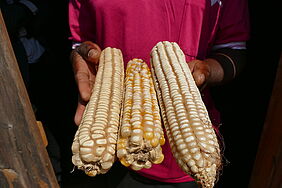 The symposium brings together participants from different backgrounds, including national government, academia, students from Sokoine University of Agriculture (SUA) and researchers, non-governmental organisations and farmers’ groups.

To be presented at the one-day event are key studies including: the Farmer Managed Seed System in Tanzania conducted by BACAS, Comparative benefits of alternative seed systems between Tanzania and India conducted by Shalini Bhutan and Feasibility and Action Planning for Quality Declared Seed support system conducted by Professor Joseph Hela and Ms. Natai Shakwaande.

Agriculture occupies a very important place in the lives of Tanzanians as well as the national economy. Seeds are one of the irreplaceable pillars of agriculture and food production in particular. In Tanzania the seed supply is derived from both formal and informal seed systems.

This symposium provides an opportunity to generate an academic practice and policy debate on the contribution of different seed systems in agriculture development.

The Seeds of Freedom project, now in its third phase