This week's bulletin is all about the fight for protecting organic agriculture and diversified agroecological systems amidst a global context of large scale support for conventional farming. 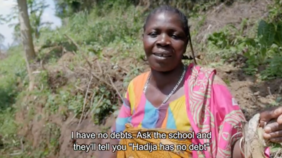 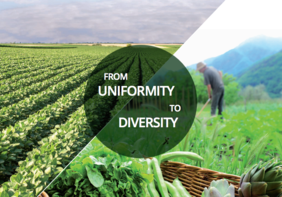 Fighting for Seeds and Soil: A Film by Global Justice Now

“The chemical based model of farming drains income because you have to buy seeds and buy fertilisers, to buy insecticide and buy pesticide. Organic farming is a lot more successful [and I don’t have] to buy from the shop.” - Hadija Kibwana, small-scale organic farmer, Tanzania.

With her wise words, Hadija Kibwana, a small-scale organic farmer in Morogoro, was making the case for ecological organic agriculture over chemical-based conventional farming. This is not only significant to our small holder farmers but is also a message to donor countries to stop loading the country with chemical inputs supplied by large international corporations (e.g. Bayer, Monsanto and Syngenta) which bind farmers who were once in control of their livelihoods to debt whilst simultaneously destroying the natural health of soils.

When Global Justice Now came to Tanzania last November, they wanted to hear from small scale farmers who preserve their food sovereignty by building their livelihoods upon ecological organic agriculture. What they heard was "a story without the multi billion pound investments. But instead it has people power. Millions of small-scale farmers across the world are building an ecological model of farming that increases yields but doesn’t require chemicals, making it better for the environment and importantly gives control over food growing to the farmer rather than a corporation.”

Whilst in Tanzania, Global Justice Now met with ecological organic farmers who work with Sustainable Agriculture Tanzania (SAT) in Morogoro. They also visited the TOAM office in Dar es Salaam and spoke with Michael Farrelly, TOAM project officer, and Sabrina Nafisa, outreach and advocacy officer, ACBIO. They documented their findings in a short documentary film which can be found on YouTube: “Fighting for Seeds and Soil”.

From Uniformity to Diversity

This week, the International Panel of Experts on Sustainable Food Systems (IPES-Food) launched their first major report. Entitled “From Uniformity to Diversity: A Paradigm shift from industrial agriculture to diversified agroecological systems”, the report encourages us to consider input-intensive monoculture farms as a thing of the past. In order to be sustainable, the reports suggests that we must diversify agriculture and reorient it around ecological practices. Not only will this be more sustainable, but diverse agriculture systems are also more resilient to changing conditions. “A comparative analysis of agro-ecosystem dynamics in Sweden and Tanzania found that diversified agroecological practices facilitated adaptation to changing conditions”. The report can be found on the IPES-FOOD website.